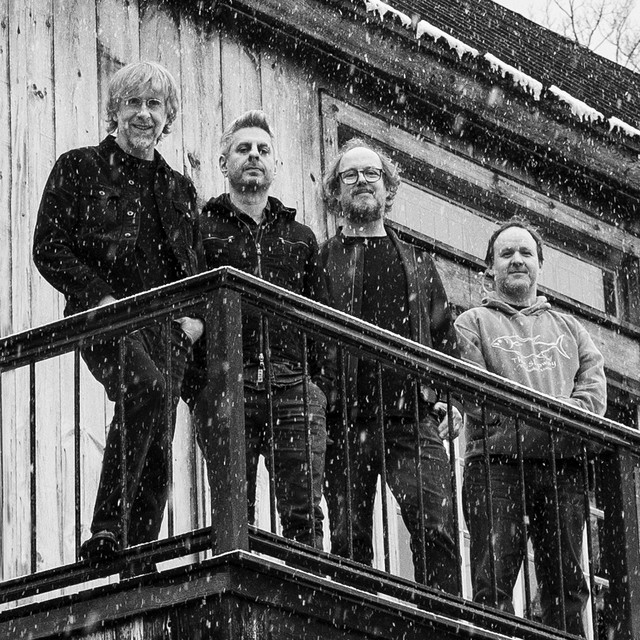 Sigma Oasis, an album by Phish on Spotify

What are everyone’s thoughts on this album? I’ve only just found out it existed. I’m one track in, so I can’t really comment beyond saying the title track definitely has the latter-day Phish sound, and doesn’t do much to surprise me in any way.

I was really into it when it was the first week it was out, back in June, was it? Now that I’ve had some time I’d say its good points and bad.

Some good points: It’s a marked improvement from Big Boat, it’s got some of the better newer songs, and you can count on an actual legit really good track about half the time. The bad points are the usual (which is in itself a good point, you know? not hitting any new lows here or anything terrible like that) - the other half of the time, the lyrics are all ‘feeling’ and ‘meaning’ and basically for my money achieve the opposite of their obvious goals. That’s been my take on the words in a lot of 3.0 though, so I mean, if you like the words to “Devotion To A Dream” you’re gonna love “A Life Beyond The Dream”, probably the same damn dream.

And musically I have to guess that Phish either forgot about or never realized the things that made them so special and great. Like a lot of bands, the output becomes more and more ordinary, as the artist gradually shaves off what they perceive to be their blemishes or some shit like that I dunno.

Bring back the interesting and fun elements, stop trying to be normal people!

Anyway one other compliant is that I think the cover sort of exemplifies this blandness or ordinaryness. Not my cup of soup. Nothing horrifyingly bad at least, you know? It’s not like it’s a terrible album cover. I dig the color scheme though, that ‘seafoam’ color is groovy.

Back on the pros side of the equation for a second though … really the change of producer gives it a more exciting vibe than the last album at least. I did the listening party thing they offered on the night before release, and that was endearing. Cool still shots gradually moving and changing along w the music … plus they were artsie’d up with some kind of like sketch art effect. Didn’t know what the songs would be until they started. That helped personalize it for me a lot.

So I like it! I have my complaints, but then I’m a hard ass traditionalist style old skool tight wad skeptic jaded vet dude. It’s a fresh effort. Needs more Mike, and maybe Tom, and maybe some dank nugs at the writing desk. (Sometimes it feels like, guys, turn off the Celine Dion CD and put on the Black Sabbath LP.)

I’d say it’s probably every bit as good as the albums since at least Undermind. It’s got Steam and Mercury going for it for sure, those are pretty sweet Phish songs. Sound-wise it’s cool and it’s even jammy. I’m tempted to say they sound comfortable on an album for once … but I never really liked that pigeon hole, thought their albums were just fine.

I’ll say that it’s what you’d expect from Phish if you’re familiar with how they write lately, except probably better than you’d expect because it’s got a strong excitement to it, you can tell it’s fresh for them.