Here is my scribblings of my stand up comedy set that I did last night. I wanted to share it with you guys. copyright trademark.

Hi everyone. Happy Holidays! This time of year people either love or hate. I know its all commercial and whatnot but it is a nice excuse to see our random extended family. Too bad my mom’s side of the family feuds most of the time. Last year for christmas my mom got my aunt grace a cook book, my mom’s favorite cookbook, the new dieters cookbook. she took it personally, because she is fat.

my birthday is around this time of year. its the pits. i think thats why i start to get depressed around the holidays. because i usually get so excited about it and most people just forget about it. its on december 30th. quite possibly the worst day of the year to have a birthday.

So I walked into McDonalds the other day. because I was feeling the need for a big mac value meal. Anyway they list everything that comes in the meal. fries, sandwich, soda, and 7340 calories. yeah I’ll have big mac, hold the pickles and the calories please, yeah i don’t want any of those.

so i recently had my heart ripped out, and spit on, and then put back. obviously this guy wasn’t strong enough to break it. About one month into dating him he started to get elusive, but he would call me an apologize and say “I;m just being weird”. yeah i guess i would be weird too if my head were that far up my ass. and then the last time i saw him we were at a concert with a bunch of our friends. and he ignored me most of the time, what the fuck. but at the end of the night I was like “hey, keep in touch, don’t be a stranger” and he gave me this really weird look, so i muttered “or be a stranger and go fuck yourself.” it just kinda came out. i couldn’t help it. my gut usually does most of the thinking.

you know ‘Meh’ was just added to Webster’s dictionary. you know what my thoughts on this were. meh.

i like whatever better as a tone of apathy. and you can use it in so many other subtexts

oh you want to get chinese takeout or pizza? whatever.

sorry I’m just being weird. whatever.

get a real job. whatever.

when i say whatever it basically means , you’re an asshole but I’m over it, I’m not gonna do anything about it.

sometimes i wish i was a guy just so i could say. suck my dick! or lick my balls!
way more powerful than lick my tit or eat my twat. those just sound kinda gross.

then there’s other times when just playing things out in your head is enough. like kicking someone square in the ass. or daydreaming about putting a flaming bag of shit on someone’s doorstep. just the concept is enough revenge.

my favorite tactic is really giving someone a taste of their own medicine. oh yeah? how’d ya like that? in your face!!!

Comedians are not to be trifled with. cross us and we will turn you into stew.
although, don’t be sorry dudes i got some good material!

So I’m 25 going on 26 and i just started getting into this whole dating crap, it really sucks
what I’ve learned so far is , the nice ones are pansy cowards, the bold ones are pricks, and the cute ones, forget about it. they are way into themselves to even care and will probably cheat on you anyway.

hopefully a good one will find me soon, because im sick of this shit!
i think i want to find a nice australian boy, because they are the only white boys that know how to dance!

So my new years resolution is to work my ass off and try and get a sag card so i can eventually high tail to LA. NYC is kicking my butt. I’m really sick and tired of everyone in my personal space. get the hell out of my way. besides if i move to california my parents are gonna give me a car, and i’ve always wanted my own car. So I decided I’m gonna go out for as much background work as a I can. its actually pretty fun because you can tell everyone that you’re makin movies! I remember the first time I was a featured extra in a feature length film. I got to crossover in front of the camera, basically the guy was like “Walk now!”
I wrote a letter to my grandma i was so excited about it! Meanwhile that film has never seen the light of day and if it does maybe you can see my hand in there somewhere, or maybe in the deleted scenes.
anyway I’m Marianne Nonna. party on!

This was great. I like your style. Its not a cheap type of comedy. It’s tastefull and well thought out, atleast Imo. It almost has a little bittersweet british flavor to it. Maybe I’m crazy it just had some ‘duh’ type of punch lines which I love. Kind of like Gervais. My only complaint is the last quarter seems to lose momentum a little bit. I still giggled but I was hoping for just a little more to cap it off…I dont know. Maybe i’ll change my mind if I read it again. Awesome stuff.

^thanks so much for taking the time to read it. I’ve been working hard on sharpening up my punchlines. Ive only been on stage 4 times now. But last night I think all my punchlines got a laugh and it felt great.

Did you take my advice or something on the first paragraph? ;D

. yeah i guess i would be weird too if my head were that far up my ass. 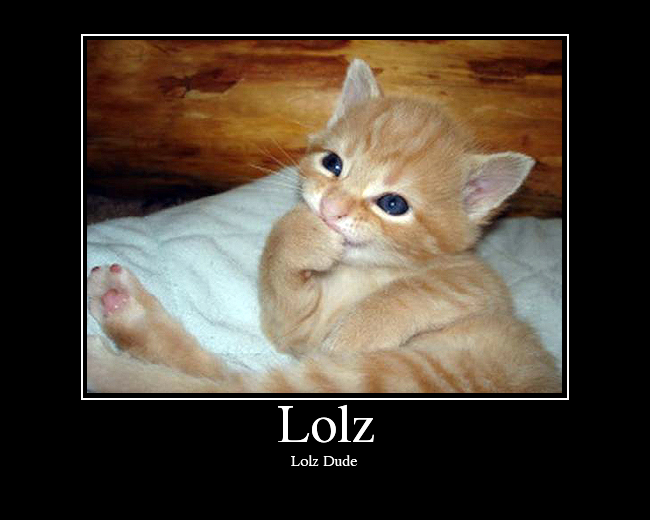 Did you take my advice or something on the first paragraph? ;D

Yes i did! thanks so much for you input, Will!

You know what scares me, is people with freaky eyebrows . They look like they work for Satan or something. As beautiful as Jennifer Connolly is, her eyebrows freak me out. It looks like where are catepillars on her forehead.

The other day I was at the bodega and there was this woman talking to herself trying to figure out which Arizona Ice Tea to get, “this one is nasty, I dont like this one either, these are all gross.”
you know, I talk to myself too. But its actually quite weird when you hear someone else doing it.
Same with picking your nose. everyone does it, some people just get caught, and its gross!

As I get older i’m finally thrown into this whole dating scene bullshit. I almost like drunken hooks up at fraternities and never talking to them again better.
I’m learning as I go along, and i’m realizing that standards are important. really important.

First rule of thumb, don’t date any actors or musicans, they are way too into themselves and never stop talking about themselves. however brass and woodwind players are acceptable.
I wont date any vegans, and vegetarians are on a need to know basis. I like to eat and I don’t want to get stuck going to these weird vegetarian restaurants. I like my meat!
a college degree and a job is preferable, i’m really trying not to date hippies anymore!
finding a good dancer is a plus, but its hard to find guys that can actually dance!
and finally, stay away from any guys that refer to other guys as “bro”

man, all i know is, the nice ones are pansy cowards the bold ones are pricks, and the cute ones, forget about it, they are too into themselves to even care and will probably cheat on you anyway.

I’m 26 years old, and im still getting zits all over the place! But the thing about zits is that no one really notices the zits on your face except for you. Everyone is too worried about themselves to notice the giant zit in the middle of your face.

I kind of live in the ghetto, so you know what that means, lots of ghetto booties. Sometimes its hard to find a spot on the subway because there is so much ass taking up the seats.
Sometimes when I don’t feel like standing I will attempt to squeeze between 2 large asses . its not so bad. Then there are times when someone else needs to sit down in smaller seat next to me. I take one look at their large ass and think “Your ass ain’t gonna fit here sweetie.” But they usually brave the ass crunch and sit there anyway.

What I don’t understand is the people on the subway that panhandle on the J Train. The J train is the brown line train through South Williamsburg, to Bushwick to Bedford Styvesent to East New York and Brownsville. Please if I had money to give you I would not be riding this train. I would be living in a way less sketchier neighbhorhood. But go up to Manhattan upper west side, those people can help you out.

Not that I don’t like my neighborhood. Its a lot safer than you would think. Its full of families, and luckily I look Latina so nobody messes with me.

“but they usually brave the ass crunch” hahahahah that was golden

Very funny stuff - thanks for sharing!

nice work Marianne… i too like the “ass crunch” bit, everyone can relate. and no more dating hippies??? REALLY!!! heheee, that’s funny.

^sorry most of the hippie dudes proved to be losers!

^sorry most of the hippie dudes proved to be losers!

if you can’t tell a guy that looks like this isn’t a winner, I don’t feel bad for you gals at all!!

There’s not a damn thing wrong with how they look…they just need jobs ha. I can’t help it. Clean cut guys just don’t do it for me. Not even a little. I think I’m retired from dating indefinitely.

Maybe you just need some Old Greg in your life.

Its just sad because I did just meet a really nice one, cute, my age, and with some really great dance moves, but no job or any sort of ambition. But I dont want to just get rid of him, but whatever, these guys always get over me within a month anyway…

If anyone is gonna be in NYC Area within the next month and wants to come out for some comedy. I got some shows:

Maybe you just need some Old Greg in your life.

his skit with the Parliament funkadelic is some funny shit

Live from New York
http://www.youtube.com/watch?v=nF-M3T98yJc
unedited and unsensored.
it was a small crowd that night, but lots of fun!